The Altlift consulting company was founded in 2017, but we have been studying cryptocurrencies, their popularization and especially investing in them since 2012 on both private and academic level. From the beginning, we have seen the potential of some altcoins, which may offer more interesting opportunities than Bitcoin. Today, the Altlift team consists of a constantly growing number of analysts, traders and other professionals of their respective fields from all over the world.

Who you’ll be in touch with

Jakub specializes in fundamental analysis of coins and application projects. He focuses on testing how money works by constructing SFC models, which he learned during a research fellowship at Kingston University London under Prof. Steve Keen. He is the Managing Director and CTO of Altlift.

Andrea has a rich professional track record in finances and organization management. Prior to joining the company, she’s been working on numerous finance- and accounting-related positions for both large organizations and start-ups, which allowed her to collect the best practice from both and put them to use in Altlift.

František Kudrna has been working in the field of cryptocurrencies since the beginning of 2016.  He uses his long experience in the industrial automation and real estate environment in the development of Altlift, where he serves as CFO.

Petr is in charge of communication and marketing activities in Altlift. He has a digital marketing background from both academic and professional spheres with an overlap to sales and project management. 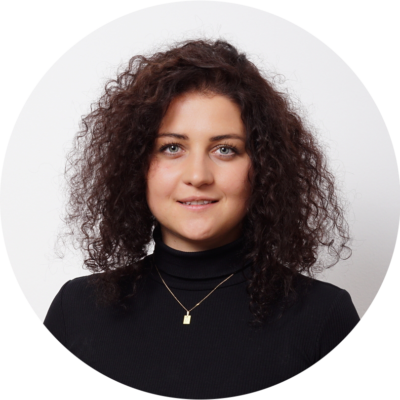 Diana Vacíková is the co-founder of Altlift. She searches for new coins and participates in fundamental, technical and on-chain analysis.

Jan is a cryptocurrency analyst specializing on Sorare, one of the projects invested into by Altlift. Apart from that, he has a strong professional background in economics and energetics.

Martin joined the company as a trainee, from which he quickly rose to become an indispensable part of the Altlift team. Currently, he is mainly involved in analysis and design of tokenomics for client projects. 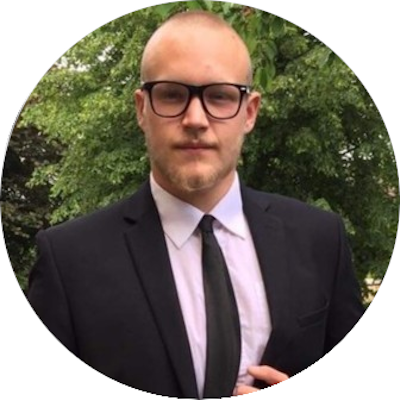 At Altlift, Václav brings to bear his previous experience from sales positions in small and large companies. His main task is to support the development of the company and take on new clients.

Edvard is an altlift specialist in NFT gaming. His job is to test blockchain-based games and find new investment opportunities in this area.

Milan originally joined the Altlift team as an expert on the STEPN project and currently focuses on the analysis of NFT game projects. He also helps our team by drawing from his vast experience with graphic design.

Aram is one of the cornerstones of our trading team. In addition to cryptocurrencies, he has a strong overlap into the world of equities and a deep knowledge of global markets.

Kareem specializes in technical analysis of cryptocurrencies. His knowledge of working with data, ability to follow current trends and deep background in macroeconomics make him an indispensable part of the trading team.

Kryštof’s main role at Altlift is the day-to-day contact with clients and the development of the company’s partnerships. In addition, he has deep experience in blockchain gaming, which he uses within the Blockgame DAO.

Our story in numbers

We’ve been active in the field of cryptocurrencies since 2012. We’ve been present to all the important milestones of the industry and we thus have enough experience to draw from.

Thanks to the work of the Altlift team, our ADAF digital asset fund is achieving a 90 % appreciation against bitcoin for 2022.

We are capable of conducting purchases and sales of cryptocurrencies for you charging just 1 % above the Kraken cryptocurrency exchange.

At Altlift, we believe that the world needs more different currencies working side by side. Many problems and inefficiencies arise because humanity tries to use one tool to perform conflicting functions. People are different, they have different needs, and therefore they need different tools.

An example of this is the situation we call the Ales’ dilemma. Aleš Janda, a cryptocurrency tracing professional and a Chainalysis’ expert, elaborated on the following question: “I have 1,000 CZK in my wallet, but you decide whether to burn it or spend it. What are you going to do?” Personally, we would let Ales spend his 1,000 CZK so that the money would get into the economy and, indirectly, perhaps some of it into our pockets. If Ales were in our shoes, he would have it burned. He assumes that the amount of money in circulation would decrease, and thus the value of all other money, including ours, would increase relatively. The dilemma is whether we prioritize the interests of rentiers, who have money saved up, or the interests of entrepreneurs, who offer products and services and therefore need purchasing power. The interests of both groups are legitimate. But if they use the same money, then they are also opposed to each other.

We focus on the fundamental analysis of coins. We identify the needs of different groups of people and then look for cryptocurrency projects that are designed specifically for them. You can’t optimize one currency to fit all needs, just like you won’t reach any port if you try to sail into many of them at the same time. So we are not bitcoin maximalists, despite agreeing that bitcoin is the best and most important cryptocurrency. It has a central place in our portfolio. Bitcoin is the world’s most robust store of value and we believe it will become the reserve currency. However, precisely because Bitcoin excels in this regard, it will fail in meeting other needs. This is the space for altcoins, which is how we chose our company name.

The vast majority of the thousands of different altcoins have absolutely no fundamental value and will sooner or later disappear. There are relatively few relevant projects on the market, which makes it all the more fascinating for us to successfully expose such projects.

We don’t primarily look at the quick and ephemeral appreciation of coins that are just trending, but the next day a speculative bubble can burst, and their price plummets by tens of percent. We do not seek to increase risk in an already highly risky and volatile market. We are convinced of the revolutionary added value of distributed technologies and are preparing for a reality in which most existing assets will be tokenized.

In the near future, anyone with even a small amount of capital will be able to invest comfortably, quickly, safely and without intermediaries in projects they see potential in and that make sense to them. They will then be able to sell the security tokens of these projects on the secondary market just as conveniently and instantly as we trade cryptocurrencies today. The core of the cryptocurrency market will then not be the currencies themselves, but shares in valuable assets such as real estate, stocks, bonds, art, vouchers for goods and services, commodities, utilities, but also, for example, sponsorship of zoo animals or sports clubs or music groups.

A fan of a band will show their support by purchasing a fan token on a mobile phone app. This will help the band to record a new album, for example. The fan will then receive a share of the income from music sales or concerts automatically and continuously (not just once a year), thanks to a sophisticated smart contract system in the currency of their choice. In the same way, an investor can walk down the street, and if he likes a piece of land or a building, he turns his smartphone on it and instantly knows if there is a virtual share of ownership on the market. He can then use that share, or part of it, to pay at a restaurant at any time. A decentralized currency exchange ensures that the operator of that restaurant receives bitcoin or perhaps the Czech crown, simply the currency of his choice. The investor has nothing to worry about. They decide what they want to store value in, and liquidity is assured. Similarly, they can buy a share in a work of art, a painting they like in a restaurant. Not only are they buying the feeling associated with a pleasurable experience, but more importantly they are also speculating on the rise in its price. Buying shares will be as easy as shopping on Amazon. If we read about an exciting new business project on Facebook today, most of us can only dream of eventually trying to change the world ourselves. But in a tokenized world, we can reasonably contribute a small amount to such a project.

These things can be done to some extent today. The development of DLT is heading toward our vision coming true sooner than most people can imagine. So we are primarily including cryptocurrencies in the portfolio whose concepts make sense for such a world, and which are now building the infrastructure for it.

These cryptocurrencies are a new category of companies whose value (and, if the coin is set up wisely, the value of that coin) will rise dramatically, just as the stock values of then-revolutionary companies like Google, Amazon, Netflix, and Uber have risen over the past two decades.

We consider the most important benefit of cryptocurrencies to be the fact that they allow alternative ways of making decisions in society to be created and tested. Satoshi Nakamoto has shown that his consensus mining mechanism leads to a stable system where it is not economically worthwhile to cheat. In the political sphere, striking and sinister things are happening. It is precisely at a time of increasing power of governments and multinational corporations, lockdowns, restrictions on free speech, populism and growing skepticism towards representative democracy that we need to look for alternatives to centralized power reducing individual rights and freedoms. While some people call for authoritarian leaders, cryptocurrencies offer decentralized parallel structures. An alternative and a free space instead of destroying existing institutions. In fact, the various DeFi systems and consensus mechanisms of cryptocurrencies offer an environment for testing the possibilities of liquid governance, liquid democracy. It is far from clear which of these methods of decision-making are sustainable. But with governments and central banks continuing and set to continue the absurd pace of issuing new fiat money, more investment is flowing into cryptocurrencies. People are testing these new solutions, and they are doing it honestly because they are voting with their own money. So, thanks to expansionary monetary policy, we have the opportunity to participate in something fundamental. We get a window of time to test which solutions are meaningful and, moreover, to make money out of them. Yes, there have been a few healthy corrections and there will be more, but we are still in a bull run and until this fountain of new money stops, which will probably take at least until the end of the covid crisis, we are not too worried about rising prices. In fact, inflation is already starting to show up in the consumer basket according to the latest economic data.

SAVE & ACCEPT
Powered by